The history of America is impossible to tell without the inclusion of the American Rifleman. Even before the creation of the United States Constitution, Americans have had a particular fascination with rifles. From hunting to revolution, the rifle has become a quintessential element in the toolbox of the American citizen, and as such, has evolved with our great country. The Industrial Revolution found Americans trading in their lever actions for bolt rifles. Shortly after, the M1 Garand and victory in World War Two would introduce an entire generation to semi-automatic rifles.. and we haven’t looked back since.

Brief History of the AR-15

Of course, the Cold War brought even more technology to the small arms field, introducing the American public to a gentleman by the name of Eugene Stoner and a small start-up company called ArmaLite. This combination would produce the 7.62×51 NATO AR-10, which would later be scaled down to 5.56×45 NATO and become the AR-15.

Officially replacing the M-14 battle rifle in 1969, the AR-15 (known by multiple M16 variations in the military as changes were made) would receive its baptism by fire in the Vietnam Conflict. Civilians wouldn’t be able to get their hands on the semi-auto version of this rifle until 1989, and it was love at first trigger pull. The AR-15 was light, soft-shooting, and plenty accurate- checking all the boxes for a rifleman’s rifle. One could argue it was the perfect rifle for the private sector, capable of being used for hunting, target shooting, and personal protection.

Unfortunately for the American rifleman, the Clinton Administration thought otherwise. In 1994, the Assault Weapons Ban was put into place, banning the civilian production of the AR-15 until 2004. After that absence of production, however (and with the growing War on Terror), Americans everywhere welcomed back the AR-15 with open arms.

Fast forward to the present day, you’ll see aesthetically, that a lot has changed with the AR-15. The rifle has become more modular to be adapted to fit shooters of any shape and size. Gone are the fixed carry handles and triangle fore-ends of yesteryear, and in their place, optics, IR lasers, flashlights, grips, and more can be mounted on your AR-15. With over 18 million AR-15s in legal circulation in the U.S., it is hard to argue any other rifle’s case as the American rifle of choice. The rifle has become the most modular weapon system in production, consisting of multiple calibers, barrel lengths, and applications. When Americans hear the word “rifle”, most immediately think “AR-15”.

At UnbrandedAR, we recognize the Constitutional right of American civilians to be able to own an AR-15 rifle. This is why we have become a premier source for quality, American-made AR-15 parts at affordable prices. Simply put, we manufacture the Second Amendment, producing AR-15 rifles and components for the next generation of American riflemen and women.

Pick up your very own version of America’s Rifle! 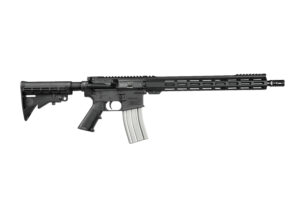 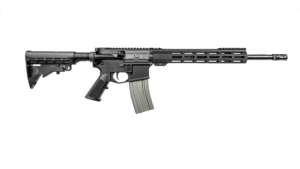 Join our newsletter for deals and product updates!
(Esc)

By selecting no shipping insurance, I understand that UnBrandedAR is not responsible for damage to or loss of my order upon shipment.